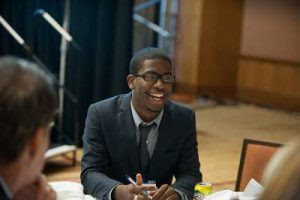 Sixto Cancel spent the entirety of his childhood in foster care. The bureaucracy and inflexibility of a system designed to protect him instead wreaked havoc on his life and those of his 10 siblings.

Now 24 years old, Cancel is betting that new technology and some political will can help break down – and rebuild – the foster care system. A tech entrepreneur himself, he has enlisted allies at the highest levels of the tech and political worlds to help him.

Tomorrow will kick off the first White House Foster Care and Technology Hackathon, which is largely Cancel’s brainchild.