n Case You Missed It: NY Times and DPA: Foster Care as Punishment: The New Reality of ‘Jane Crow’ 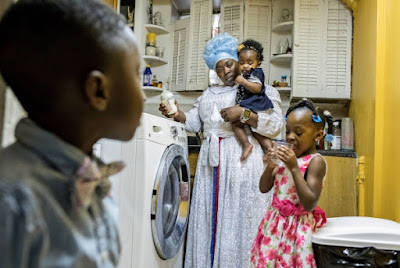 Foster Care as Punishment: The New Reality of ‘Jane Crow,’ By: STEPHANIE CLIFFORD and JESSICA SILVER-GREENBERG, July 21, 2017
Maisha Joefield thought she was getting by pretty well as a young single mother in Brooklyn, splurging on her daughter, Deja, even though money was tight. When Deja was a baby, she bought her Luvs instead of generic diapers when she could. When her daughter got a little older, Ms. Joefield outfitted the bedroom in their apartment with a princess bed for Deja, while she slept on a pullout couch.
She had family around, too. Though she had broken up with Deja’s father, they spent holidays and vacations together for Deja’s sake. Ms. Joefield’s grandmother lived across the street, and Deja knew she could always go to her great-grandmother’s apartment in an emergency.
One night, exhausted, Ms. Joefield put Deja to bed, and plopped into a bath with her headphones on.
“By the time I come out, I’m looking, I don’t see my child,” said Ms. Joefield, who began frantically searching the building. Deja, who was 5, had indeed headed for the grandmother’s house when she couldn’t find her mother, but the next thing Ms. Joefield knew, it was a police matter.
“I’m thinking, I’ll explain to them what happened, and I’ll get my child,” Ms. Joefield said.
For most parents, this scenario might be a panic-inducing, but hardly insurmountable, hiccup in the long trial of raising a child. Yet for Ms. Joefield and women in her circumstances — living in poor neighborhoods, with few child care options — the consequences can be severe. Police officers removed Deja from her apartment and the Administration for Children’s Services placed her in foster care. Police charged Ms. Joefield with endangering the welfare of a child. To read more Click Here.
Labels: Featured Stories