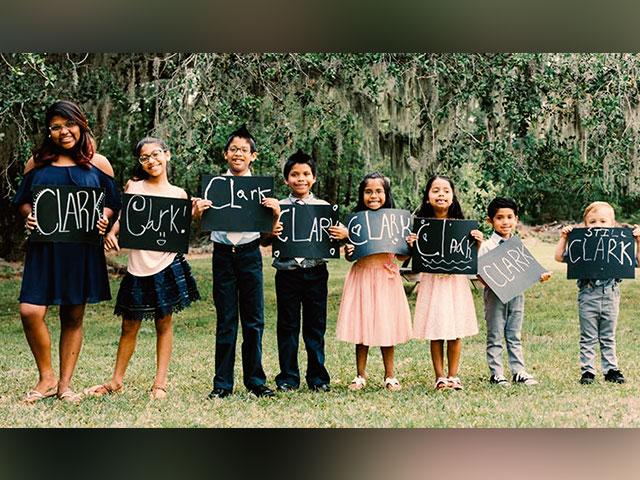 A family of three in Georgia is now officially a family of 10 after a couple adopted seven siblings who spent nearly 1,400 days in foster care.
FoxNews.com reports that Jessaka Clark and her husband, Josh, met the seven in April 2016 after a case worker inquired if they would be interested in adopting the children.
The couple has nicknamed the siblings -- Maria, Elizabet, Guillermo, Jason, Kristina, Katerin, and James -- the "Super 7."
To read more on this story by Mark Martin Click Here.
Labels: Foster Parents