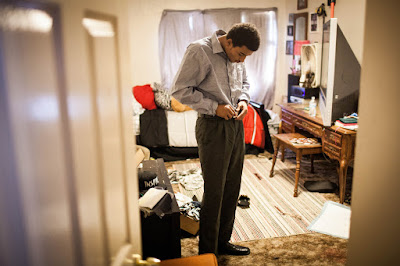 For the brothers Terrick and Joseph Bakhit, childhood in Southern California was a precarious and often brutal experience: a mother addicted to crack and often in jail, a grandmother who beat them. In 2007, when Terrick was 12 and Joseph was 11, they ran away to an older sister’s home but eventually landed in foster care, where a good outcome was anything but certain.

Although child-care officials had promised to keep them together, they were separated and ended up in a series of foster families or group homes. At 17, Terrick, demoralized and unruly, “made the stupid decision of stealing a group home car,” was arrested and sentenced to juvenile detention for 11 months. Adrift upon release and without financial or personal support, he ended up homeless and addicted to crystal meth. To read more on this story by Celina Fang Click Here.
Labels: Featured Stories